Some parts for the framework

Posted on 2. January 2010 by togrovictory

As I cut away the stern almost completely, some new parts had to be made as replacement. First was the stern post itself. It’s angle was not correct in the kit (almost vertical). Using the drawings from McKay I cut the new parts out of basswood. 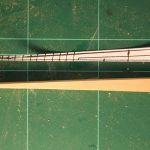 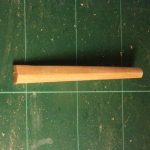 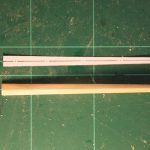 The same goes for the wing transom which now has the correct arch and is no longer straight as in the kit.

For the bow two blocks of basswood will be carved to make planking of that part easier an to ensure the correct form. These blocks will be glued to the side of the stem and on bulkhead 1. The photo shows the first block roughly shaped with a chisel and sanded. 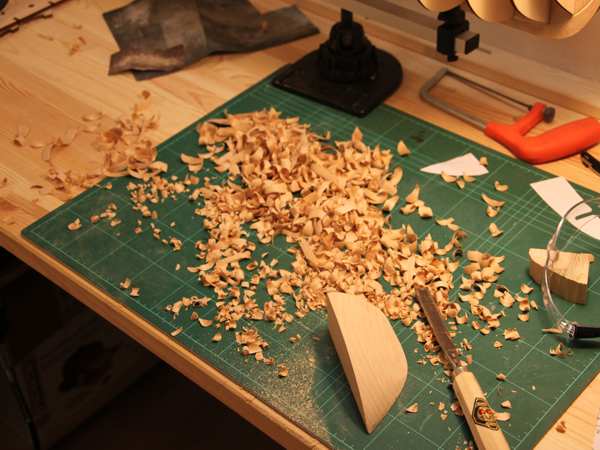