After many months of reading books, viewing plans and even visiting the actual HMS Victory in Portsmouth, it’s time to start building my model. 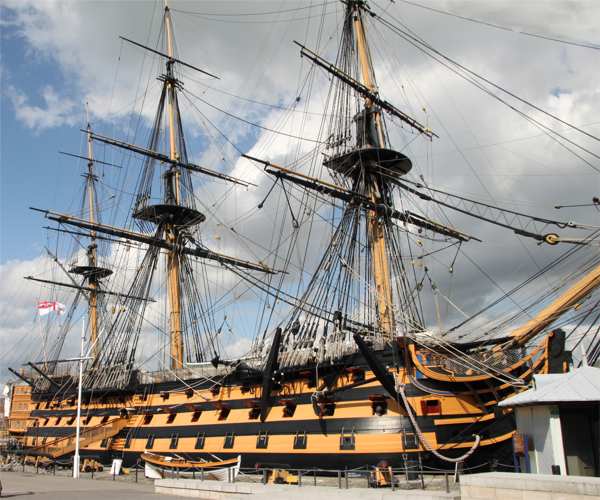 I bought the HMS Victory Panart kit back in June but did not feel ready to start that project. After visiting the real ship and studying many plans, I felt the kit is not accurate in some places. But I wanted to do that old lady justice!

I especially did not like the way the gunports are made. Using the brass frames of the kit would result in strange looking “framed” gunports, whereas on the real ship there is no protruding outside frame but rather a visible inner frame as shown in the photo: 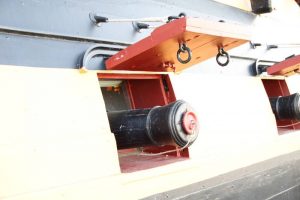 Another area I do not like is the stern area. It just does not look right, the laser cut parts of the kit seem flat and the lower counter is straight instead of having a slight arch.

I was lucky to stumble over the page “Lauck Street Shipyard” (see links) of Robert Hunt who sells a series of ship modelling practicums in his “College of Model Shipbuilding” and some high quality kits. He has a practicum covering the complete construction of the Panart Victory hull but changing the kit in almost every aspect to be more accurate. That practicum is extremely detailed, I think there are close to 1000 pages, or even some more! Together with some books it makes most of the kits plans almost redundant.

As for books, I will use the following:

I think that every book has something the others do not show in the same detail so that none of them is redundant.

I want to update this blog on a regular basis when there is something new to show.

Back to the shop!